Ideal State developed a two-year roadmap for modernizing Alvin Ailey Dance Foundation's digital workplace, helping them to honor the legacy and vision of their revolutionary founder well into the future. 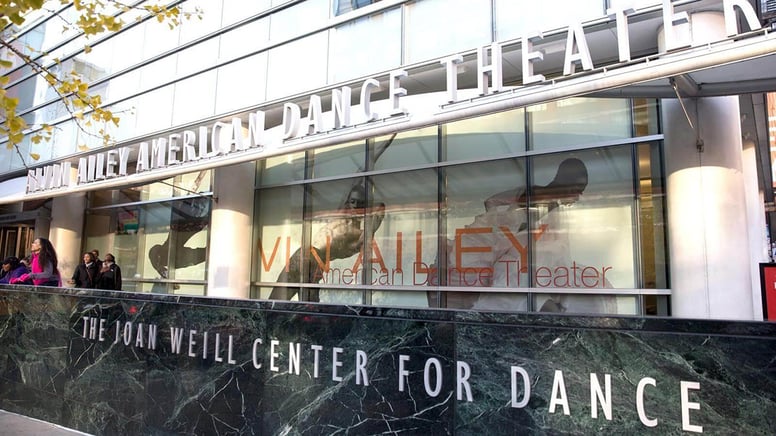 As we rode the elevator with a mix of leg warmer-clad dancers and office workers at Ailey's impressive NYC headquarters, we realized we had a special opportunity to help one of the United States' most renowned arts organizations. Designated by Congress as "a vital American cultural ambassador to the world," the Alvin Ailey Dance Foundation brings modern dance performances to audiences around the globe and provides dance training and education to young people and adults with the belief that "dance is for everybody."

The organization is run by roughly 100 full-time staff members but there can be upwards of 300 additional part-time staff at any given time when accounting for their extensive roster of performers, instructors, touring crews, and others involved in education and community programs. Because of the diverse roles and backgrounds of Ailey staff, the organization was having a hard time arriving at the right mix of digital tools to serve everyone's needs.

As they began celebrating their 60th anniversary, Ailey decided it was a perfect time to assess the state of its digital workplace and start on the road to modernization. The organization turned to Ideal State for assistance after their IT director came across our "Definitive Guide to the Digital Workplace" and began spreading excitement about the potential impacts of a modernized digital workplace.

Ideal State started the digital workplace design process by engaging with more than 40 administrative staff, dance faculty and musicians through interactive discovery workshops, focus groups, and interviews. The people we spoke with shared details about their contributions to Ailey's mission and how the current set of systems and tools were supporting or hindering those efforts.

Discussions revealed a heavy reliance on manual data processing and other workarounds that had become the norm as staff struggled with outdated, clunky systems. We also uncovered people's strong desire to have tools that would support more open and fluid communication and collaboration within and across teams. A particular challenge was staying in touch and accessing critical information while on the road, either touring with the dance theater in a foreign country or simply working from home.

As we navigated Ailey's different business functions spanning from the creative to the administrative, we also began picking up clues about what types of approaches would be needed to mount a successful change effort. Because of the diversity of professional backgrounds present in the organization, we quickly realized that any new tools would have to be simple, intuitive, and genuinely fun to use—as well as mobile-friendly.

A standard part of every Ideal State discovery process is a review and mapping of all of our client's IT systems, both official and unofficial or "shadow" systems. The resulting visual map, which can sometimes resemble icon-laden pop art, leads to important and often illuminating conversations with staff and leadership about the number of current systems and the ways in which they overlap and connect with one another. In Ailey's case, their IT Director and digital workplace project lead was so excited by the thought-provoking nature of the map that he printed it out and posted it in his office for all of his visitors to ponder!

Shaping a Path to the Digital Future

Our recommendations for modernizing Ailey's digital workplace included updates and reconfiguration of multiple core systems, including a formal launch of key Office 365 tools that were being used by some staff but had not been fully adopted. Also recommended was a thorough change management approach that would bring everyone along with the planned changes and deliver understandable bundles of new functionality across multiple systems to get closer to the goal of a more seamless and unified toolset.

Ailey's two-year digital roadmap called for the elimination or consolidation of several legacy systems, including migration of all content to cloud-based repositories, which will result in a net reduction of at least 14 systems along with significant cost savings. This streamlining will go a long way to simplify the digital workplace across all key business functions while making the most of powerful tools that can support a diverse set of integrated and linked operations.

While Year 1 of the roadmap focuses on supporting core functionality for communication, collaboration and file sharing, Year 2 begins to address some of Ailey's data-related challenges by consolidating data housed in multiple systems into a single system of record. The highest priority areas for achieving greater efficiencies around data management are, predictably for an arts organization like Ailey, marketing, fundraising, and events management.

Getting a significant return on investment (ROI) for digital workplace improvements is important to any nonprofit's bottom line (and its board members!). We worked closely with the Ailey project team to estimate ROI in terms of actual dollars saved, revenue generated, and freed-up staff time. We also helped the team anticipate current and future human and financial resource needs to manage and support their new set of tools for years to come.

Ideal State is now helping Ailey to implement Year 1 of its two-year roadmap. Staff continue to be engaged in the design and roll-out of the tools they will use the most and a measurement approach has been initiated to monitor the impacts of planned changes over time. Ideal State is honored to be Ailey's partner in this important work and we can't wait to see what new achievements are in store once staff are equipped with their new, state-of-the-art digital workplace!

Mission
To further the pioneering work of Alvin Ailey by establishing an extended cultural community which provides dance performances, training, and community programs for all people.